The self-taught photographer Romuald Pliquet is specialized in the aquatic photography of big surfing. 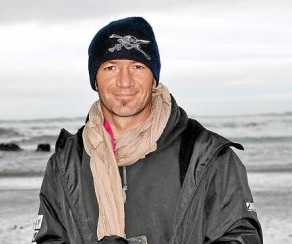 Multiple nominations for WSL Big Wave Awards, he does not hesitate to travel the world, accompanied
with his water housing, to go to chase away and to photograph the biggest waves never surfed by the
professionals of adrenalin.

Privileged person of the caravan of the world professional circuit of surfing, columns of which he makes
for magazines and specialized websites, Romu is before any an enthusiast. Very fast, he builds a vast
network of international customers and collaborates with brands of surfing as Hurley and for surf
magazines and websites of surfing (Surfline, Surfing Session, Surf Report or still Beachbrother).

Born in Brittany, Romu grew up on the coast of Finistere where his maritime learning trained stonewares
of streams and tides of the Atlantic Ocean from an early age. As very young Brittain, which respects itself,
his salty first steps naturally settled on the decks of windsurfing boards and sports catamarans before 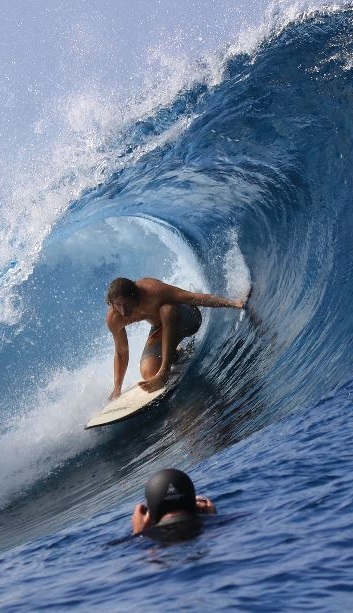 anchoring them definitively in the pads of surfboards and in the culture of surfing from the end of the 80s.

His oceans wanderings the affable to live in Tahiti where he joins as rider and photographer the team of a
famous brand which the boss is a legend of extreme sports : Robby Naish!

His reading of the wave and its knowledge of the commitments of the riders allow him to immortalize
unpublished angles and its photos plunges us, for our biggest happiness, as closely as possible to the action
and at the heart of the biggest and dangerous barrels of the planet.

But for him, a good photo is "a photo which speaks about herself without it is necessary to affix to it any legend.
This one should remain engraved in reports for ever. Greg Noll's photo, taken by John Severson, the only one of
back with board against the body in front of shorebreak of Pipeline in 1966 is for me an absolute reference on the
subject because she alone has, she tells the history of legendary ride of Da Bull …".